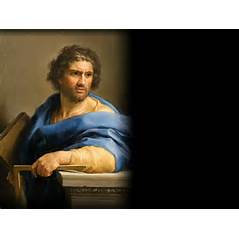 This particular passage is read every year on this Sunday after Easter. So it has great importance for us as witnesses to the risen Christ.

First, Thomas speaks to Jesus following Lazarus’s rising from the dead. Thomas is concerned that Jesus might be stoned to death. He says: “Let us go, that we may die with him.” (John 11:16).

Later, Thomas questions Jesus about the direction of his public life, and wonders aloud: “Lord, we don’t know where you are going, so how can we know the way?” (John 14:5).

Clendenin goes on to make the more significant point that Thomas was not the only doubter among the early witnesses to Christ.

And, in fact, when we read Saint Paul’s letters, and especially his letters to the Corinthians, followers and even a few claiming to be Christians, dismissed outright the resurrection as a hoax or fiction.

Several months ago, just before Pope Francis visited the United States, I attended a press panel in Philadelphia, promoting the development of Christian themes in commercial films.

I’ve noticed several new films lately in movie houses that have strong Christian content; the financial success of these films has not been lost on Sony Studios, whose division Affirm Films produced the recent movie “Risen”.

This film written and directed by Kevin Reynolds, stars Joseph Fiennes as “Clavius,” a Roman military tribune given the task of solving the mystery of what happened to Jesus, in the weeks following his death — in an effort help disprove the stories about a resurrection, and to avoid a Jewish uprising.

The only thing I would say about this particular film, which has been well received even by film critics, is that “Risen” is in a very long line of religious dramas – “The Great Story Ever Told,” “Ben Hur,” “The Last Temptation of Christ,” “The Passion of the Christ.”

Long before these, however, the very first multi-reel silent films were productions of European passion plays coming from Germany, Spain, and Italy.

Deep within these national and religious cultures are ways of celebrating Good Friday and holy week with colorful outdoor pageants giving testimony to the faith of real people in meaningful communities.

Our own liturgical celebration here at San Carlos on Holy Thursday, as we move from the parish hall to our Cathedral, holding candles, and in song, is evidence of our own witness to Christ.

Again, the narrative arch of storytelling reminds us of how compelling the issue of faith and doubt remains on our minds. How it has been on the minds of believers since the days of the Apostles, Mary and the other women at the tomb, and Thomas, whose remarkable act of faith we witness today.

Here are some final thoughts of mine.

In his three years as pope, Francis has consistently placed a strong emphasis on mercy in his words and works. In an interview, he stated: “The Church is like a field hospital after battle. [In a MASH unit,] it is useless to ask a seriously injured person if he has high cholesterol and about the level of his blood sugars. [Instead,] you have to heal his wounds. Then we can talk about everything else. To heal the wounds, you have to start from the ground up.”

What touches us on Sunday after Easter is the encounter between Jesus and Thomas. We read this same passage each year with Thomas’s faith statement: “My Lord and my God.” So what’s the connection between Thomas’ doubts about Jesus and the Resurrection, and this Divine Mercy Sunday?

Well, maybe this. You may recall those days of the Baltimore Catechism, and our memorization of questions and answers for the bishop at confirmation. One of those questions and answers may provide a clue. Namely, Question # 192 asks: “Which are the chief spiritual works of mercy?” Among the seven spiritual works of mercy is: “To counsel the doubtful.”

We are to give our concern and love and to work with those who need help with their faith, to support those who have misgivings about religion, and the overall state of unsettlement or lack of trust today. Here’s the possible connection of Saint Thomas with Divine Mercy Sunday.

“Dear Brothers and Sisters, I have often thought about how the Church might make clear a witness to mercy. It’s a journey that begins with a spiritual conversion. Be merciful, just like your Father is merciful.”

On this Divine Mercy Sunday, we renew our willingness to go outward to those in need, to help others to see the face of God in Jesus Christ, the human face of God among us.