“Caravans of camels shall fill you, dromedaries from Midian and Ephah; all from Sheba shall come bearing gold and frankincense, and proclaiming the praises of the Lord.” Isaiah 60:1-6.

Today’s gospel speaks of wise men following a star and coming from the East with gifts for the child born in Bethlehem of Judea.

What a remarkable tale, filled with details about kings, magi, or magicians, known in legend as Melchior, Balthazar, and Gaspar.

Legend tells us that Melchior was the oldest of the wise men, and he brought the child his memory and gratitude. Balthazar was of middle age, and his gift was that of leadership. Lastly, Gaspar, the youngest, spoke of reform and promise. Good sentiments, indeed.

This journey to Bethlehem became their “personal legend,” and one that has inspired artists, composers, and writers.

This theme of a journey is a central literary theme and one that speaks of personal transformation in literature as diverse as the Book of Exodus to Cervantes and Don Quixote.

Recently, I read anther journey/adventure story, “The Alchemist,” by the Brazilian author Paulo Coelho. It has been translated from Portuguese into 69 languages, with a worldwide audience of 69 million copies in print. 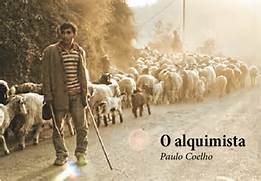 This allegorical novel has elements of “magical realism,” in which the main character Santiago, a young Spanish shepherd boy, talks to his sheep, and they talk back. In a dream, Santiago is inspired to leave the pastures of Spain for Africa, and take up the journey to find treasure at the pyramids in Egypt.

Along the way, he meets a resourceful alchemist. This man is a magician who can turn a pan of iron into gold, and, at the same time, give “life lessons” to Santiago. In effect, the shepherd boy becomes the “sorcerer’s apprentice.”

Without giving you more of the narrative, there is one scene worth considering.

Toward the end of their desert journey, and only miles away from Santiago’s destination, the pyramids with their treasures, the alchemist, and Santiago take refuge in a Coptic monastery. There, the alchemist tells a story about personal destiny, and how each person leaves a mark on life.

“I want to tell you a story about dreams,” said the alchemist. The boy came closer to his master for a story about ancient Rome in the time of Emperor Tiberius.

At the time, there lived a good man who had two sons. One was in the military and was sent to the most distant regions of the empire. The other was a poet and was the delight of Rome.

The old man, in the act of personal bravery, saved the life of a young child. For his courageous effort, the man lost his own life and was crushed by the wheels of a chariot. For this generous act, the man was rewarded in the afterlife, and went directly to heaven, where an angel met him.

“You were always a good man,” the angel told him. “You generously lived your life and died with dignity. I can now grant you any wish you desire.”

The man’s wish was to go forward in time and into the future, to hear how his son’s words would have an impact on Rome. The man wept with happiness and said: “I know that my son’s poems were immortal!”

The angel granted this request, but with a most surprising twist. Everyone loved the son’s poetry, but when the reign of Tiberius ended, the poems were forgotten. The father was greatly disappointed by this.

The angel went on to tell the story of the military son who went to serve in a distance place and became a centurion.

“[Your son] was just and good. One afternoon, one of his servants fell ill, and it appeared that he would die. Your son had heard of a rabbi who was able to cure illnesses, and he rode for days and days in search of him. Along the way, he learned that the man he was seeking was the Son of God. He met others who had been cured by him, and they instructed your son in the man’s teachings. And so, despite the fact that he was a Roman centurion, he converted to their faith. Shortly after that, he reached the place where the man he was looking for was visiting.

He told the man that one of his servants was gravely ill, and the rabbi made ready to go to his house with him. But the centurion was a man of faith, and looking into the eyes of the rabbi, he knew that he was surely in the presence of the Son of God.

‘And this is what your son said,’ the angel told the man. ‘These are the words he said to the rabbi at that point, and they have never been forgotten: ‘My Lord, I am not worthy that you should come under my roof. But only speak a word, and my servant will be healed.’

Then, instructing Santiago for the last time, the alchemist said: “No matter what he does, every person plays a central role in the history of the world. And normally, he doesn’t know it.” Then, the boy smiled, said his farewell to the alchemist, and was ready for his final journey — that of a shepherd seeking his treasure.

Only then did Santiago realize more fully that wherever your heart is, there you will find your true treasure.

From today’s gospel, we know that the wise men were resolute in finding the child; and their journey of faith, like ours, is a search for meaning and considers how one’s spiritual destiny is a journey worth taking. A treasure indeed!