“The Lord said: Soon I shall do something in Israel which will ring in the ears of all who hear it.” 1 Samuel 3:11. 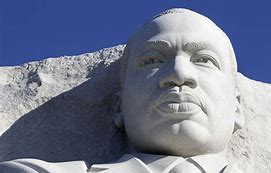 We open the liturgical year with readings that give promise and hope to all who hear prophets like Samuel and John the Baptist. So too, on Monday, our nation celebrates the prophetic vision of the Rev. Dr. Martin Luther King.

To my mind, there is a connection among our principals – the prophet Samuel, John the Baptist, Martin Luther King, and Jesus.

A prophet is a herald of a new age or an interpreter when social or religious practices are in dispute — but mostly a witness.

As we hear in today’s first reading, Samuel was a “prophet in training,” or an apprentice prophet to Eli. The younger prophet was keeping watch over the flame at the temple of the Lord, and just beginning to learn how to listen to God’s voice, and would become the great prophet who anoints both Saul and later King David.

I’m old enough now to recall first-hand Martin Luther King’s impact on the American landscape and how his words challenged a nation to serve all our fellow citizens, and seek the ways of justice and peace.

The Martin Luther King Memorial in Washington D.C., was unveiled in August of 2011. At the time, there was a controversy over the signage on the monument.

The statue stands in sightlines of both the Lincoln and Jefferson Memorials, some 30 feet tall, and is entitled “A Stone of Hope.”

The relief was sculpted by Lei Yixin, and drew for its inspiration the 1969 “I have a Dream Speech,” within which was the compelling line: “Out of a mountain of despair, a stone of hope.”

On the right side of the statue, there was the motto, “I was the drum major for justice, peace, and righteousness.”

This motto was a redaction or edited version of a sentiment that King expressed only two-months before his assassination in a sermon entitled “The Drum Major Instinct.”

Critics claimed that the abbreviated quote made King appear arrogant, haughty, and not in keeping with his humble and genuine personality.

To address critics, the Secretary of the Interior, Ken Salazar, had the shortened inscription removed.

Fair enough, but to my mind, a prophet makes noise, gets attention, and as in the case of  Samuel — prophets respond to the Lord with words like: “Speak, for your servant is listening.”

True prophets are equipped to listen to our yearnings, and speak most eloquently, and act!

For Samuel, John the Baptist and Jesus — a true prophet is a “drum major for justice, peace, and righteousness.” Otherwise, the noise of our time, especially now with the clutter of cellphones and endless chatter, may filter out a prophet’s compelling message.

In light of the political discourse these days, genuine prophets have a vital task: to speak up for justice, peace, and righteousness. Prophet or witness, each of us must work to bring greater kindness toward those whose circumstances of poverty, sickness, racism, or geography leave them in chains.

That’s what a prophet does!

Have you ever met a prophet? Or heard and seen a woman or man whose message is so ahead of its time or profoundly resonates with a vital issue or hard-fought conflict?

Often they slip under the radar, only occasionally attracting public notice but influential individuals who touch people’s lives in a profound sense.

Have you ever met a prophet? Frankly, I may have met only two such people.

Father Bill O’Donnell was a peace activist from Berkeley, CA. So many years ago, I lived with him at Saint Joseph the Worker Church, where he was the pastor. His was a lifetime commitment to nuclear disarmament, and in non-violent protests, he was arrested and served time in prison for his beliefs.

And then, in 2015 while working on the Pope’s Francis’s visit to Philadelphia, I met Shane Claiborne, the spiritual force behind “The Simple Way,” an interfaith community in the spirit of Francis of Assisi — whose purpose is “to cultivate a Philly neighborhood that we can be proud of.”

Two amazing “minor prophets” – whose voices are worth listening to – indeed, “drum majors for justice, peace, and righteousness.”