Saint Paul’s plea to follow Christ, heard in every generation, is especially demanding as we are called to bring healing to those most in need. 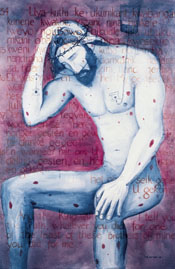 Of course, such Virtue becomes attractive only when we see it in action.

In his ministry, Jesus was willing to forgo the belief that God was displeased with lepers as a result of their sins.

Instead, Jesus listens to this man and heals him and says: “I will do it. Be made clean.” Here Virtue is attractive because Jesus acted on behalf of this wounded soul.

Mark’s gospel indicated that the leper went out of his way to publicize this miracle, while Jesus went undercover because “people were coming to him from everywhere.”

In effect, Jesus and the sick man traded places for a while.

In every play or novel, there are significant and minor characters. We don’t know the leper’s name or the names of the thousands of people who were attracted to Christ.

We know that Jesus himself was a prophet, teacher, and healer of souls.

Again, Saint Paul tells us: “Be imitators of me, as I am of Christ.” So indeed, we too are called to be healers and to act in faith, hope and love.

The healing ministry to those afflicted with leprosy or Hansen’s disease finds its resonance on the island of Molokai in Hawaii, and in the pastoral work of Damien de Veuster, a Belgium priest; and Sister Marianne Cope, a German-born nun from Syracuse, New York. 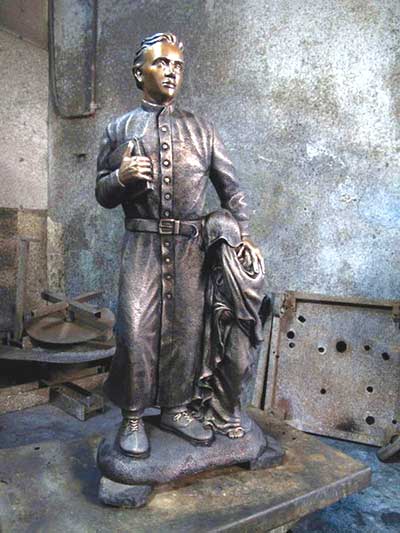 In recent times, both have been officially declared saints of our Church.

Damien came to Hawaii in the 1860s, and his fame grew worldwide; much the result of writers like our own Monterey figure, Robert Lewis Stevenson, whose travels to Hawaii documented his esteem for Damien’s work among the lepers. 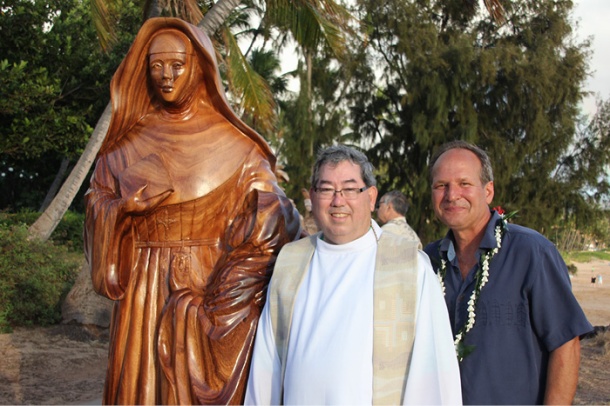 Others came, including Marianne Cope who established the very first hospital on Maui, and later joined Damien on Molokai, in those days before Damien himself died of the dreaded Hansen’s disease.

These past few days, I was in Hawaii on Maui; I visited with my friend, the noted sculpture, and artist Dale Zarrella.

Dale’s works include commissioned statues of both saints, Damien and Marianne, now located in churches in Hawaii as well as at Saint Peter’s Basilica in Rome. These are among Dale’s proudest achievements as an artist.

Over lunch this past week, Dale told me of another “saint in the making,” perhaps a minor character in the story of Molokai — an American Joseph Dutton.

Dutton came to the island at the age of 43 to help Father Damien. He served as an administrator, carpenter, and repairman. He bandaged wounds, coached baseball, and comforted the sick and dying. Dutton stayed on the island for forty-five years, and long after Damien’s death.

Joseph Dutton had a fascinating life! Named Ira Dutton at birth, he was a quartermaster in the American Civil War and suffered from a failed marriage as a result of a bout with alcoholism. A Roman Catholic convert, Dutton took the baptismal name of Joseph. At this point, he joined the Trappist Monks at Gethsemane Abbey in Kentucky. And it was there that Dutton learned of Father Damien.

In the summer of 1886, Dutton sailed from San Francisco to Molokai, where this tall man dressed in a blue denim suit was welcomed on the pier by Father Damien himself.

Soon Joseph Dutton would be known as “Brother Joseph.”

Four years after Dutton’s arrival, in 1889, Father Damien wrote: “I can die now, Brother Joseph will take care of my orphans.”

From this very remote location in the Hawaiian Islands, Dutton was a prolific letter writer and possessed deep insight into his ministry and his friends.

He wrote: “I am ashamed to think that I am inclined to be jolly. Often think we don’t know that our Lord ever laughed, and here my laugh is ready to burst out at any moment.”

His was a restless life until Joseph Dutton found peace and great joy among the lepers on Molokai.

At the time of his death, in March of 1931, the Jesuit magazine America noted: “Virtue is never so attractive as when we see it in action. It has the power to believe that we too can rise up above this fallen nature of ours to a fellowship with the saints.”

So as we listen once again to Mark’s account of Jesus healing the leper, we too are called to be “imitators of Christ,” a people of action and the very saints of Molokai — Father Damien, Sister Marianne, and Brother Joseph.

My homily drew its research from an article written by Pat McNamara entitled “A Servant of the Lepers: Brother Joseph of Molokai,” which appeared in Patheos, October 8, 2012.