“The Lord is your guardian; the Lord is your shade; he is beside you at your right hand. The sun shall not harm you by day, nor the moon by night.” Ps 121, 5-6.

Psalm 121 was a reminder for the Jews and for us of how close the Lord is to us, in joyous celebrations, in times of great personal difficulty and always in prayer.

Let’s first talk about those joyous celebrations, and this morning we can all take a little credit for the masterful performance of “Fiddler on the Roof” that has graced our Santa Catalina stage.

The more significant credit goes to the actors, the chorus, and those dancers with the wine bottles on their heads. How did you do it? We want to acknowledge Chris West, Mark Purcell, your director Lara Devlin and choreographer Nicole Cofresi.

When Jerry Bock and Sheldon Harnick envisioned their musical play in 1964, they had no idea that an all-female cast a Catholic Girls High School would perform it on stage. What an accomplishment! Bravo/a!

Like most musicals in those days, there were rehearsal and tryouts in Detroit and Washington, D.C. Bock and Harnick composed a total of fifty songs for Fiddler, but only one-third of them made it into the play. Joe Stein’s script had five versions.

Harold Prince, the show’s producer, commented that Jerome Robbins, the director/choreographer, did not like the show’s opening number. Initially, they had a song with the title “We’ve Never Missed a Sabbath Yet” about the goings-on in Anatevka with lyrics that referenced the plucking of chickens and the baking of Challah bread. This song did not immediately give definition to play.

Here’s the interesting detail. Again and again, during writing sessions, Robbins kept asking what is this show was about? After many tries, Sheldon Harnick answered, “It’s about tradition.” Robbins replied, “That’s it! Write that,” and so they did.

The song “Tradition” becomes the centerpiece and the prime metaphor about which the characters sing, dance, and move the musical play to its conclusion. Survival in the shtetl, with its day to day uncertainty, is as precarious as a fiddler on a roof whose balancing act — to scratch out a simple tune without breaking his neck is about life itself, and how genuine faith might help keep our balance.

From the beginning to its very end of the play, Tevye, the milkman, speaks directly to God — asking to hold up his wife and daughters in their decisions, guiding him in his doubts, and praying that they are kept safe from harm.

In the Torah, the Jewish law, prayer is a “service of heart,” thus, mandatory for Jewish men and women. You shall serve God will all your heart!

Today’s psalm reads, “The Lord is your guardian and your shade; he is beside you at your right hand. The sun and the moon shall not harm you.”

Our first reading from Exodus contains the fantastic image of Moses, whose outstretched arms, supported by both Aaron and Hur, was a blessing on a people in the battle for the Promised Land, that land of milk and honey, that reward for their faith in their God. Often, we need the support of others to hold us up – and this, too, is a blessing.

Take note of Luke’s gospel parable, it’s the story of the widow who seeks justice from the corrupt judge, and that in the end, her petitions would be heard because of her persistence.

Moreover, her prayers have not made her weary; instead, the Lord, himself is her guardian and shade; he is beside her and at her right hand.

The Lord is our support in joyful celebration and in times of personal difficulty.

We sing the Sabbath Prayer with a comfortable delight that God hears us in our every need:

May the Lord protect and defend you.

May he always shield you from shame.

May you come to be

In Israel, a shining name.

May you be deserving of praise.

And keep them from the strangers’ ways.

May God bless you and grant you long lives.

May the Lord fulfill the Sabbath prayer for you.

May God make you good mothers and wives.

May he send you husbands that will care for you.

May the Lord protect and defend you.

May the Lord preserve you from pain.

Favor them, Oh Lord, with happiness and peace. 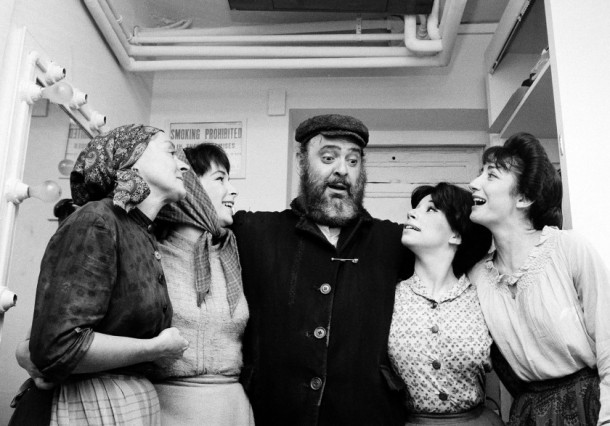