“May the God of endurance and encouragement grant you to think in harmony with one another, in keeping with Jesus Christ that with one accord you may with one voice glorify God.” Romans 15:4. 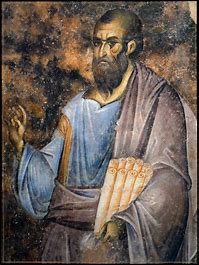 When writing these words, Saint Paul was in prison — you would never know it, considering his tone and sound advice. He goes on to say, “Welcome one another, then, as Christ welcomes you.”

This apostle was concerned about the welcome that the newly established Christian communities would bring to one another despite their many differences as Jews, Greeks, or Romans. They must be a welcoming community. Most of all, they should not return hate with hate.

Instead, their actions must demonstrate mercy, tenderness, and forgiveness even toward those who wished them great harm. It’s this fantastic sense of welcome that is so central to the gospel message of Christ.

Both Paul and John, the Baptist in today’s gospel, were men in a hurry, and saw the “end times.”

This past week, as we came and participated in our Wednesday prayer service here at Santa Catalina, I picked up the new 2020 Breaking Bread hymnal. Then, I realized that we are welcoming a new decade with the year 2020.

As a person born smack in the middle of the 20th century, at times, I still write checks with an automatic mindset of nineteen; rather than the twenty-first century of which you are firm members.

When the year switched from 1999 to 2000, there were significant concerns over whether computers, banks, and the world’s stock exchanges could adjust. But we survived.

A careful examination of this hymnal or any Christian songbook reveals the vast number of hymns, anthems, and songs and especially the very many seasonal hymns and carols that usher in the Christmas holiday and the new year.

The Year of the Lord 2020 is squarely ahead of us. How do we welcome in this season of grace with the coming of Christ in a new year?

Saint Paul writes: “May the God of endurance and encouragement grant you to think in harmony with one another, in keeping with Jesus Christ that with one accord you may with one voice glorify God.”

Harmony and voice were so much on display last evening at our annual Christmas concert — this is undoubtedly a welcoming for this festive season.

So many long hours of music practice and choir rehearsals have benefitted all of us. Here is a spiritual “pick me up” that anchors us to the birth of Christ and how we might live our lives — lives of hope in a new year.

This past month, a British gentleman died, the Organist and Choir Director of King’s College Cambridge, Sir Stephen Cleobury, whose long tenure from 1982 provided a model of the most revered choral music. 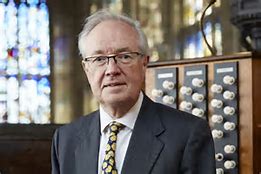 For me, each Christmas Eve begins with my listening to WQXR in New York to the live BBC radio broadcast of the Festival of Nine Lessons and Carols.

The concert takes place in the King’s chapel at Cambridge, and of course, the choir members are dressed in their traditional cassocks, surplices, and high collars. With Dr. Cleobury in the lead, the procession of choristers begins in the back of the darkened Church. Much like our Candlelight Mass, and then they proceed to the main altar.

The King’s Choir dates back to the 1400s and the reign of King Henry VI and is made up of boys from the King’s College School and undergraduates of Cambridge University. This live Christmas Eve concert has been heard around the world via radio since 1928. 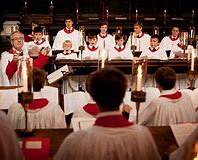 Now for a singer, here’s the challenging part — it’s as close to the high-wire act at the circus. The performance begins with a single eight-year-old boy stepping forward and singing the opening anthem of “Once in Royal David’s City.” These are the opening lyrics:

“Once in royal David’s city stood a lowly cattle shed,

Where a mother laid her baby in a manger for his bed.

Mary was the mother mild, Jesus Christ, her little child.”

Tradition has plenty to do with the performance but also the practical necessities of rehearsal and preparation. In the weeks before the famed concert, Cleobury prepared several of the choir-boys for this particular role. However, he would choose the specific soloist only moments before the performance.

With a keen sense of wisdom, in an interview, Cleobury revealed: “If you nominate a chorister a week or two weeks beforehand, he’s got quite a lot of time to get wound up about it…and that particular one might wake up on Christmas Eve with a sore throat. It’s really down to who’s in the best voice on Christmas Eve.”

So who among us is in the best voice to speak up today or sing for the Christ child? Who among us will speak and sing with words of mercy, tenderness, and forgiveness?

According to Saint Paul, the God of encouragement grants us harmony that, with one accord, each of us may have a voice to glorify God, the Father of our Lord Jesus Christ.

For this reason, Paul concludes: “Therefore, I will praise you among the Gentiles and sing praises to your name.”