“Amen, I say to you, among those born of women there has been none greater than John the Baptist; yet the least in the kingdom of heaven is greater than he.” Matthew 11:2-11. 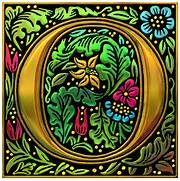 At our Candlelight Mass, this evening, we rejoice in this celebration on the traditional Gaudete Sunday or Third Sunday of Advent.

The medieval Saint Bernard of Clairvaux explains that there are three comings of Christ: His coming in the flesh at the Incarnation. His coming in our hearts at present. And his coming at the end of time.

These mysteries are the very reason for our Christmas joy!

So much of Advent and Christmas is about personal transformation – best expressed in literature and film.

How the Dickens’ Scrooge renounces his bah-humbug for Tiny Tim’s “God bless us, everyone!”

Or George Bailey’s youngest child ZuZu explains that “every time a bell rings,” an angel gets his wings!

In effect, these fictional grace notes express a more profound transformation or conversion that’s accessible to us because of Christmas and the person of Jesus Christ.

This evening let me focus on the two themes of kinship and transformation in the hope of shedding light on this very magical time of year.

Early in Matthew’s gospel, we witness a narrative or drama in which a great prophet and herald, John the Baptist, passed his mission and light to Jesus.

Back in the 1970s, one of our country’s foremost scripture scholars, Raymond Brown, made the point that “those that preach balance” rarely change the world. 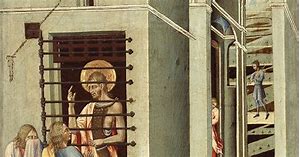 In this sense, John the Baptist in prison and Jesus at the cross were transformative figures – whose mission and message boldly changed the world.

Matthew’s gospel begins with a very long, and almost unreadable list of women and men that tied Jesus and John to the House of David and their Jewish forbearers. 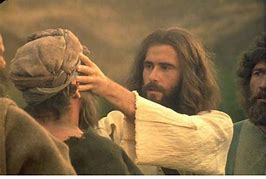 In the gospel, we are told that the two men are cousins. But they are unique and distinctive. John was the product of the desert, and Jesus traveled from the hill country into the precincts of the temple in Jerusalem. One was a herald, and the other was a healer.

In our scientific age and with the advances of genetic testing and the popularity of genealogical sites such as Ancestory.com or 23andMe, we appear to be more curious than ever about our biological roots and kinship.

How do those microscopic trace elements in our DNA influence our long-term health, personal beliefs, or even criminal behavior?

Here’s an idea for you. When I was in college and the seminary, there were two brothers in our class, and they were twins, and even more, rare they were identical twins.

Both became priests and were ordained on the same day, forty-nine years ago in Rome. My good friend Ed is the pastor in Morro Bay, and his brother Louis passed away very recently.

In writing about his brother, Edward touched on “how everyone used to compare my brother and me, instead of treating us as individuals, the favor all twins really need.”

“Invariably, we were asked: ‘Who is better?’ in sports, school, games, etc. We never answered these questions to anyone’s satisfaction.” Of course, one was better at sports, and Ed was better at Latin. Louis was the cook and could fix things. Ed was elected to the local school board.

One incident comes to mind. In high school, Edward and Louis looked so much alike — they could pass for one another. And yes, teachers could not tell them apart so that they could take the other’s place in classes from time to time.

Here’s the thing …we knew, their friends, their classmates knew. Of course, we were in on the joke; we were clued into their individuality and over these many years their unique personalities and very distinctive personal gifts.

So too, with Jesus and John the Baptist, they may have shared kinship and could have looked like one another, but in so many ways, we also know they are not identical; rather, each was a distinctive and unique spiritual force.

John called for a baptism of repentance while Jesus forwarded an eternal and invisible kingdom of the heart.

In his weekly Expressions, Father Ed concludes: “Being an identical twin has taught me not to compare or copy someone else, but celebrating my uniqueness. It has taught me to honor and respect each person and not to put them into boxes and expect them to conform.

I value the rare, the odd, the unusual, and the unexpected. Anything else, I would deny my true identity.”

The medieval Saint Bernard of Clairvaux explains that there are three comings of Christ: His coming in the flesh at the Incarnation. His coming in our hearts at present. And his coming at the end of time.

These mysteries are the very reason for our Christmas joy!